Our current topic is The Stone Age. We have been learning about this fascinating time period through a range of sources. One of these sources is the infamous Stonehenge, located on Salisbury Plain in Wiltshire. One of the main questions we discussed is...how were the heavy stones transported?  It’s a question that has baffled people for centuries – and even to this day, no theory has been proven! How could people thousands of years ago have transported and arranged such colossal stones?

- Stonehenge took over 1000 years to build, in four stages

- A legend from the 12th century claimed giants placed the monument on a mountain in Ireland, before a wizard named Merlin magically moved the stone circle to England. It’s a shame they didn’t really have a wizard to help them – they could have done with the help…

- One thing is for sure – Stonehenge was used as a cemetery. Experts estimate that about 200 people are buried on the grounds. They also think that important funeral ceremonies would have been performed at the site – though why the dead were laid to rest there, no one knows…

In Art, we have been using different mediums to portray the huge sarsen stones used to make Stonehenge. Here are some photos of Aspen Tree Class practising and selecting the mediums they will use in their final pieces of art. 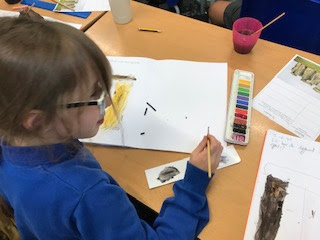 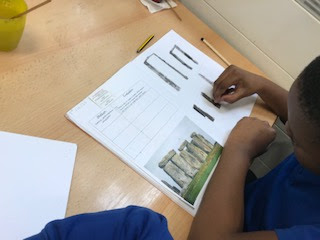 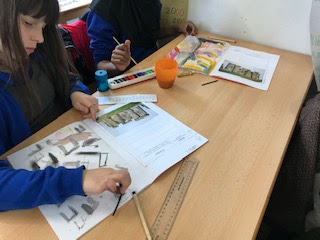 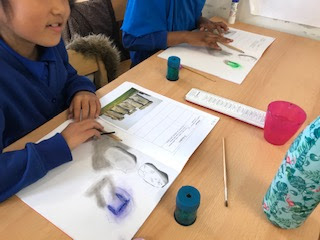 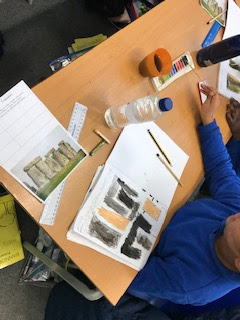 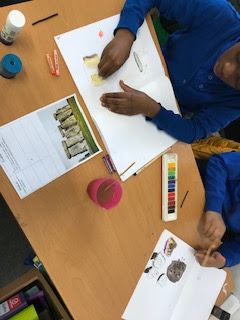