On Thursday morning, Ms Fernandes very kindly delivered a thought-provoking assembly to Year 5 about her experiences of apartheid growing up in Cape Town, South Africa. 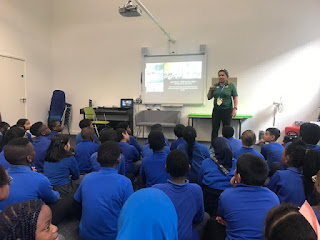 - Apartheid means 'apart from'. It was a political and social system in South Africa while it was under white minority rule

- Racial segregation had been in use for centuries, but the new policy (started in 1948) was stricter

- The people of South Africa were divided by their race and the different races were forced to live separately from each other. There were laws in place to ensure that segregation was abided by.

- Nelson Mandela spent the majority of his life fighting against apartheid laws, and without his activism; many of the changes would never have happened.