All the children in Reception have competed in the 'Underarm Throw' competition in their own classes. Each child had the opportunity to throw five bean bags into five hoops. For each bean bag that landed in a hoop, they were awarded a point for their class. All the points were added together and the class who scored the most points were Pear. They were given a certificate which is now being proudly displayed in their classroom. 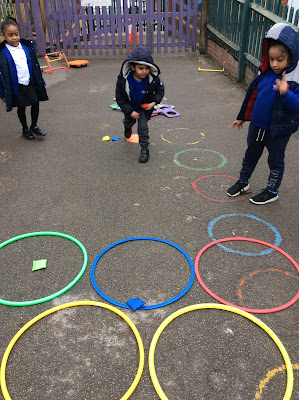 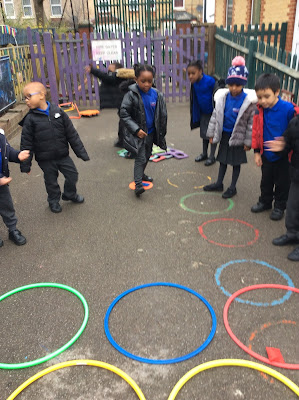