Year 5 have been using the core text Beowulf by Michael Morpurgo which follows the hero Beowulf's terrifying quest to destroy Grendel (the foul fiend) a hideous sea-hag and a monstrous fire-dragon. The set of three short stories is based on an Anglo-Saxon poem, which is the oldest surviving epic in British literature.

We have been using figurative language to describe Grendel's lair. So far we have developed our skills in personification, prepositional phrases, similes and metaphors. When writing our plans, we looked back at our previous learning as well as using the Writing Working Wall. 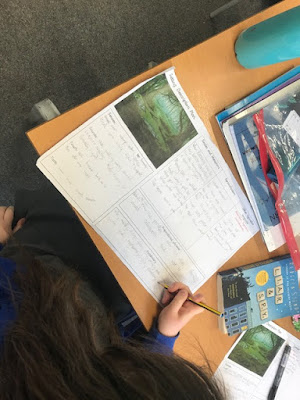 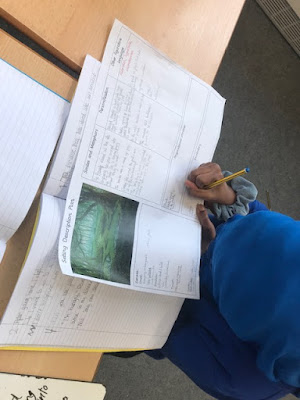 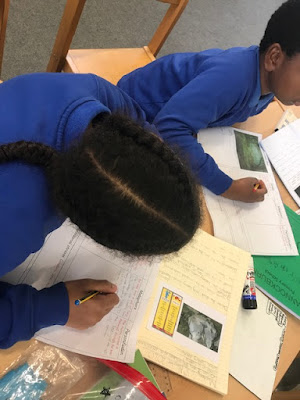 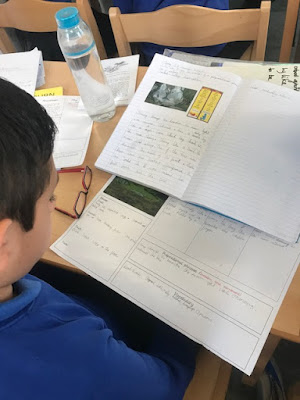 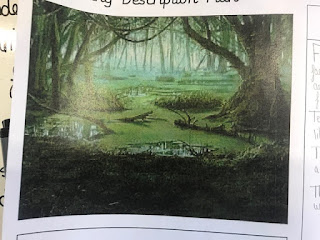 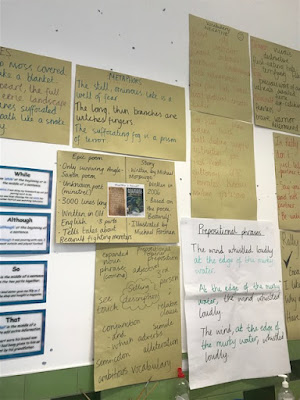